“My favorite part was living and working in Longido. I worked with this man that has been doing construction for more than 50 years. I learned so much and the people there were so happy. They don’t need material things. They are just happy to be around other people,” said civil engineering senior Eric Daly who traveled to Tanzania this summer with Project GO.

Eric got the opportunity to live and work in Tanzania for ten weeks this summer. The first six weeks included a lot of traveling and classes. The group got to see the entire country, starting near the coast and traveling through the Serengeti and Zanzibar. The remaining four weeks were reserved for working internships, based on each student’s major. While Eric was the only civil engineer in the group, others did internships in nursing and education. “I worked with a construction specialist in Longido to build and install gutters and rainwater systems,” explained Eric. Longido, a rural town on the border of Tanzania and Kenya, is where Eric worked and lived during this time. It is known as a hot spot for community development projects.

The main goal of Project GO is to prepare officers to specialize in certain languages, including Arabic, Russian and Chinese. In fact, while the program is for ROTC students, there is no military training. The trips are organized and managed by civilian professors. Eric spent the summer taking Swahili language courses from a native Kenyan. “Swahili isn’t a complex language because they simplify it as much as possible. The language eliminates words such as ‘the’ and ‘to’ to get as much across with as little verbiage as possible,” he said. “It was difficult to learn on paper, but in the rural areas, people did not speak English and I was forced to speak Swahili. That made me a lot better at it.”

During his home stay in Longido, Eric lived in a hut, herded cattle, ate goat, and lived like a local citizen. He noted that those experiences were equally as important as the three credits he got in engineering. He is also now trained in Swahili which will benefit him in his prospective career in international development. Following graduation, he plans to serve in the Air Force for at least five years. Then his dream career is to return to Tanzania and work with United States Agency for International Development (USAID). Wherever his travels take him, Eric is sure to make a difference and continue to live out Ut Prosim. 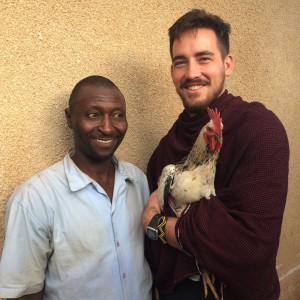 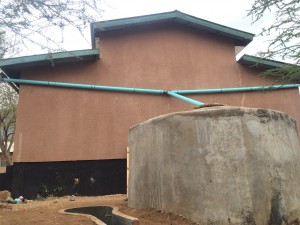